On the 19th January pupils from Year 5 and Year 6 traveled to Penketh High School to compete in the Level 2 Sports Hall Athletics Competition hosted by the Warrington School Sports Partnership (WaSSP). The teams were split into boys and girls and competed in events such as the chest push, the vertical jump and the 6 lap paarlauf race. The teams managed to place 3rd overall.

The team did really well winning 7, drawing 1 and only losing 2matches. 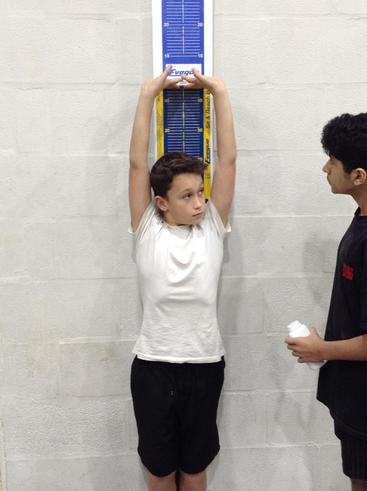 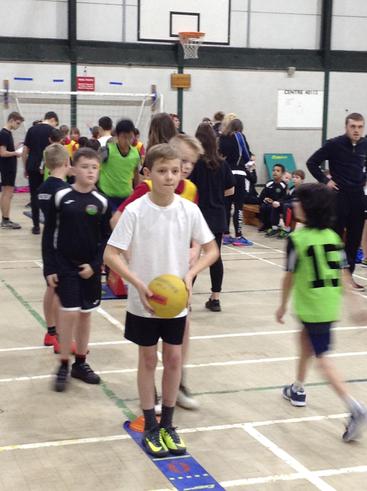 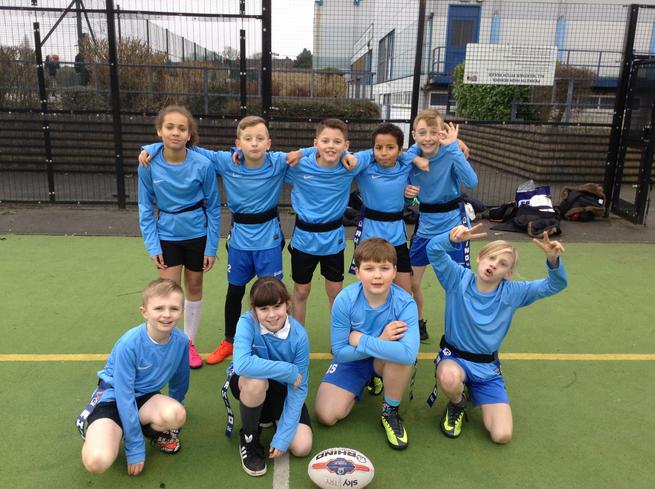 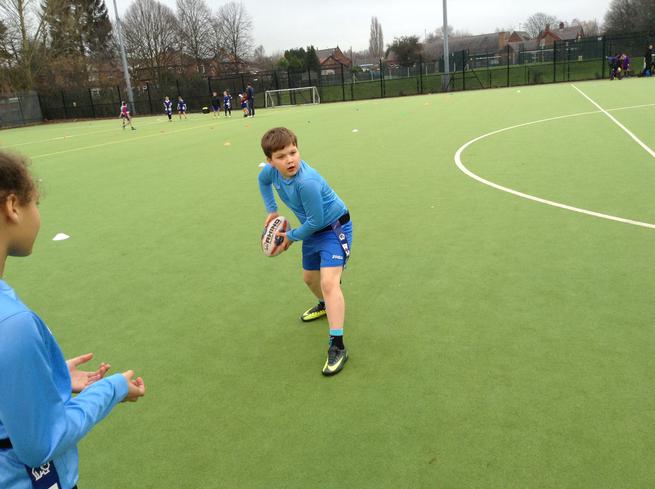 February's first event saw the Year 4 football team take part in the rearranged Road to Goodison Competition from November at Orford Hub on Thursday 2nd February. The boys played very well and scored some great goals. Unfortunately they did not qualify for the finals at Everton's training ground.  The boys represented our school perfectly by playing with great team spirit and sportsmanship.

On the 7th February, the Year 5 football team traveled to PriestleyCollege to take part in the Road to Goodison Competition. After they were split into two teams the matches started. Team 2 played some great football, but unfortunately were knocked out in the group stages. Team 1 on the other hand progressed through the group stage finishing in second place, without conceding a single goal and scoring four in the process. Their quarter final was very even, with the match going to penalties. After one missed penalty each, Team 1 and their opponents went to sudden death. Team 1 eventually ended up winners and progressed to the semi-finals. The team performed excellently throughout the semi-final, however lost due to a deflection in the last minute. The team ended up finishing 4th overall after a 2-0 loss in the third-place playoff. Have a look at this years upcoming events to see when Year 5 will be in action again. 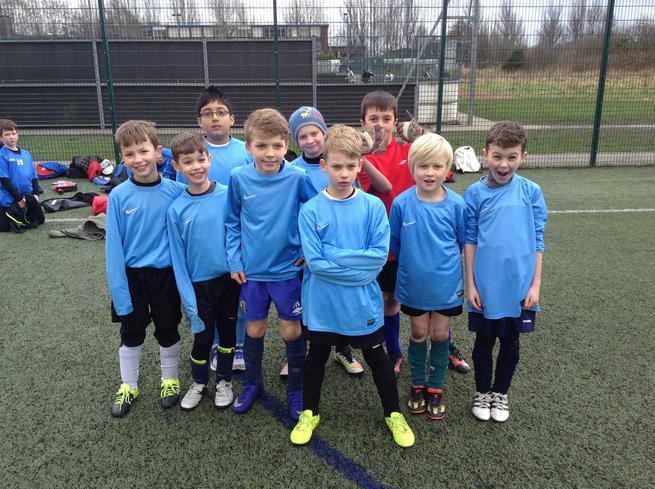 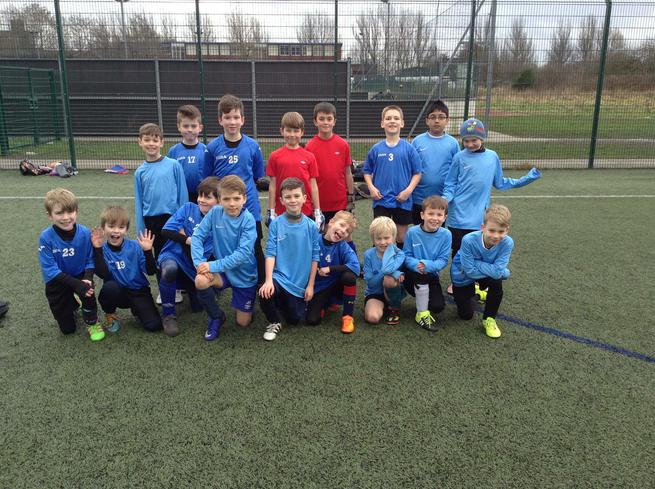 Both of our teams! (Year 4 Road to Goodison) 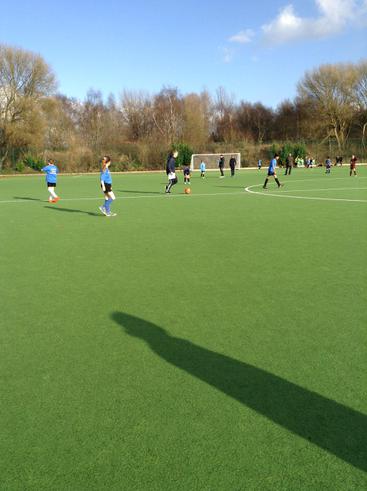 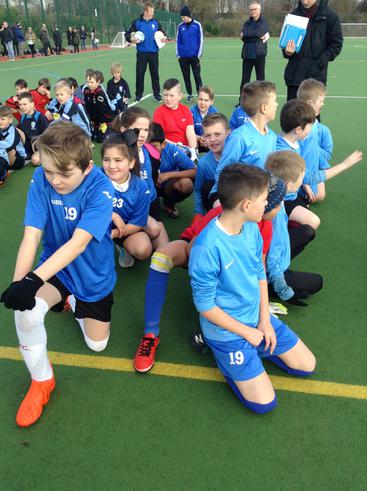 On the 7th and 8th of February, both EYFS classes took part in the Bikeability scheme, helping them to learn about their bikes and how to ride them safely.

Have a look below at the fun they've been having. 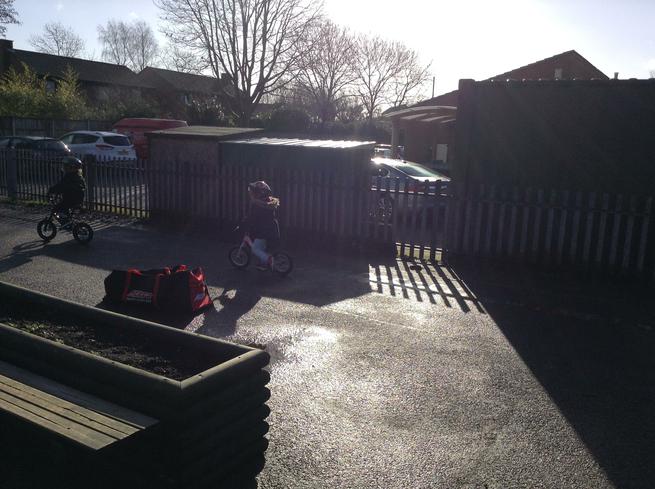 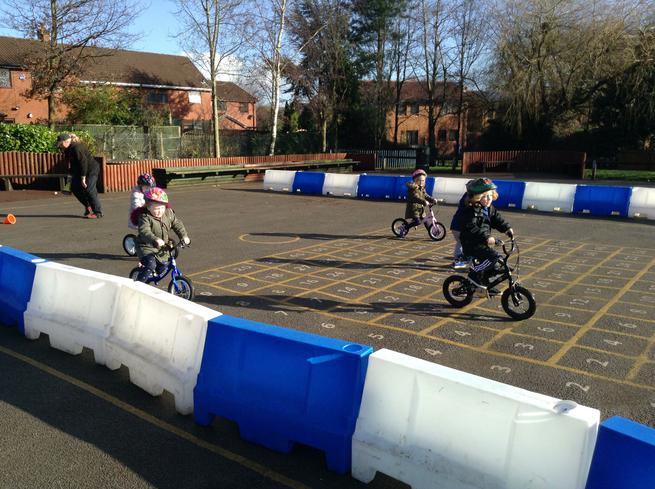 Similarly on the 28th of February, Year 5 did their Bikeability day.

Have a look at the pictures below... 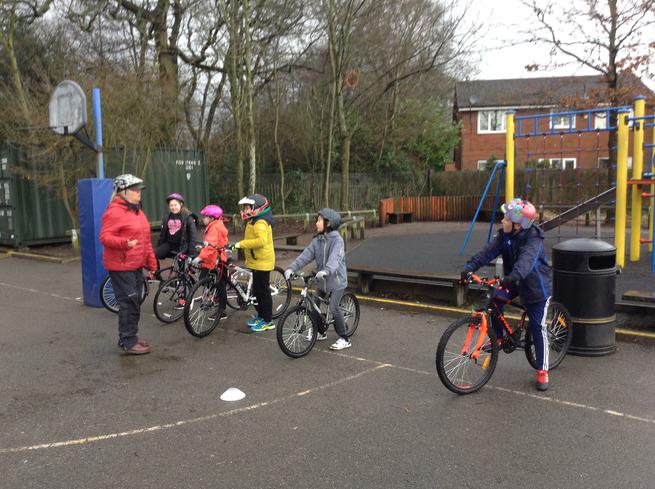 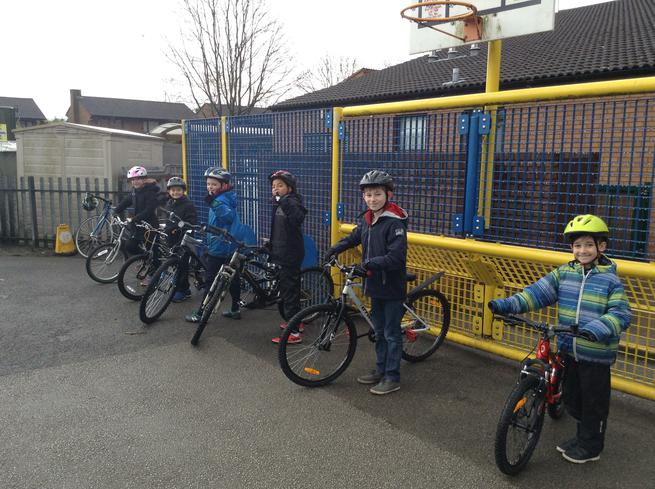 On the 9th February, Year 4 took part in an intra-school netball competition. There were two winning teams, one from Walliams Classand one from Blyton Class. The two teams from each class will now play each other to find out who will be the Year 4 netball champions.

During a tense final, both Walliams class and Blyton Class tried their best to win the competition. Walliams class came closest to scoring, hitting the rim of the net on several occasions. However, the teams could not be separated and the final was decided by a shoot-out. Walliams class came out on top, winning 2-0. Congratulations to both teams for making it to the final and displaying the skills they have developed in their PE lessons. 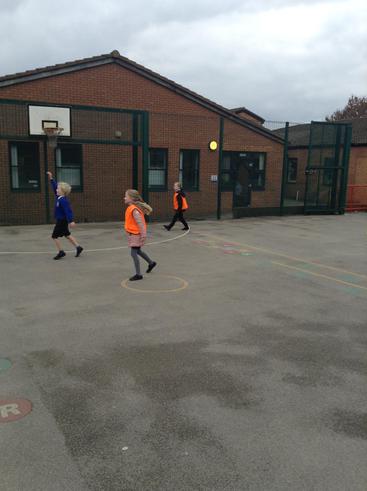 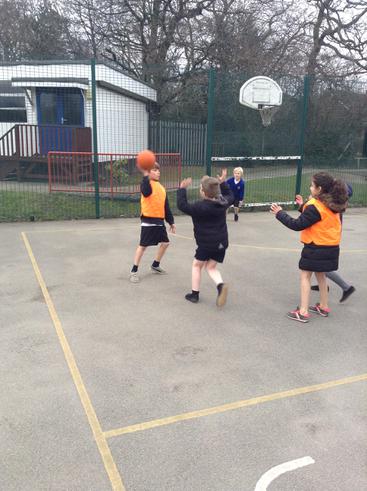 On the 13th of February pupils from Year 5 and 6 took part in a High Five Netball Tournament at Penketh High School. The team played very well finishing third overall and winning half of their matches. Watch this space for more news about Netball and upcoming tournaments. 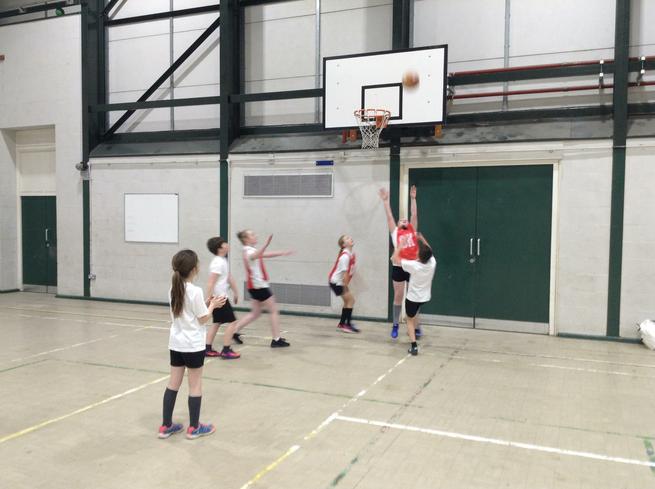 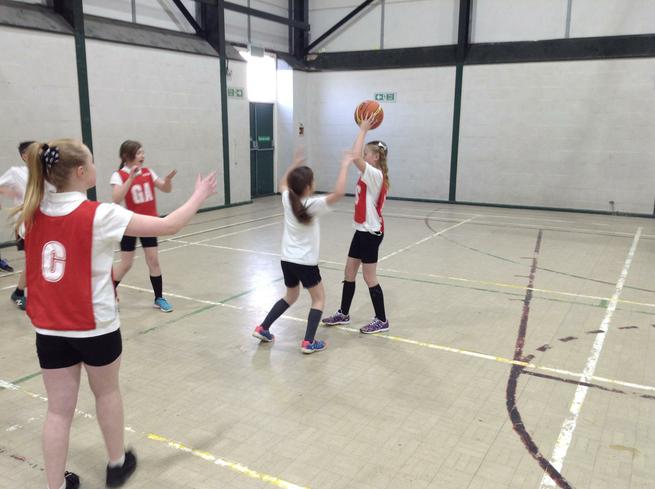 On the 14th of February, two teams of Year 6 boys and girlscompeted in the Road to Goodison Football Competition at Priestley College. One of our teams got through the group stages but unfortunately were knocked out in the quarter final. Both teams played very well and enjoyed what was a thrilling event. 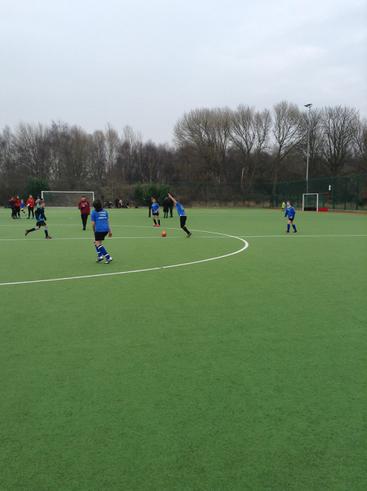 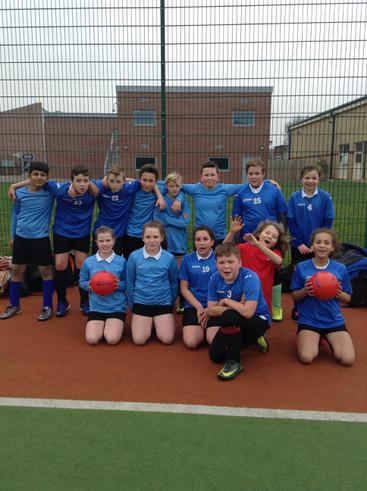 On the 8th march a group of 11 key stage 2 children traveled to Orford Hub to take part in a Primary Ability Day. This was a great opportunity for the students to take part in different sports that they may not have heard of. The sports on offer were Goalball, New Age Kurling, Golf and Tennis.

Have a look at some of the pictures below to see how they got on.

Our Year 5&6 Girls Football Team took part in a three week cluster competition at Penketh High School. The Girls did very well winning four games, drawing two and losing two. Overall the girls finished 3rd, narrowly missing out on second place by one point and first place by four points. The girls were a credit to the school and should be proud of their achievement! 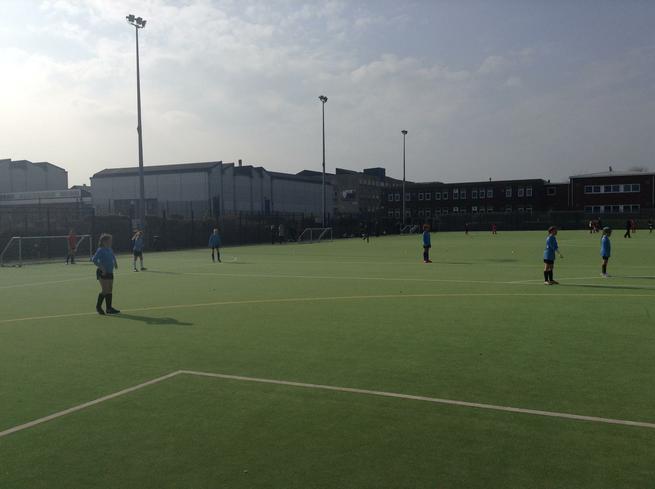 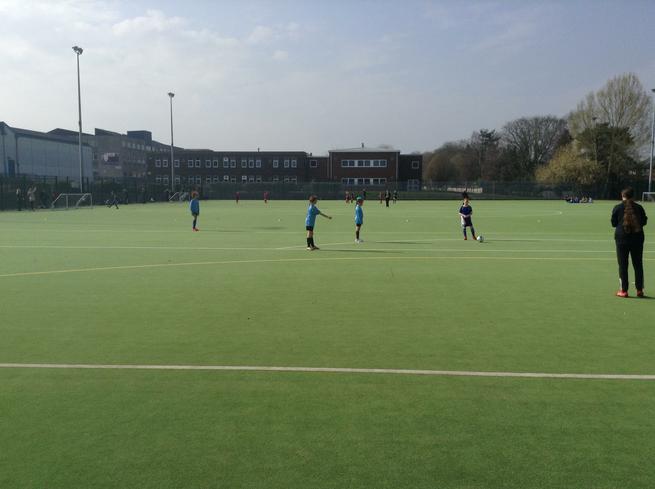 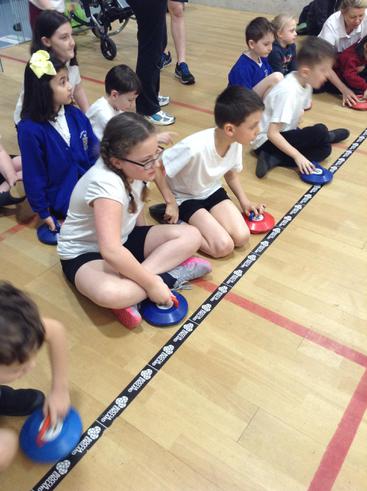 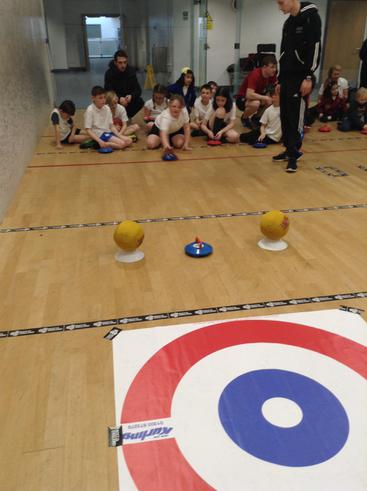 Goalball is a Paralympic sport where competitors where blindfolds and have to try and roll a ball past the other team into a long goal. The ball has a bell in it, so players can hear the ball rolling towards them.

Today a group of 4 Year 5 pupils went to Orford Hub to take part in the Change4Life Health & Wellbeing day. This event aimed to give the children an understanding of how to run a fun and engaging Change4Life club in school. With their training they will be able to provide more activities within the school to keep all our pupils fit and healthy. (Pictures posted soon) 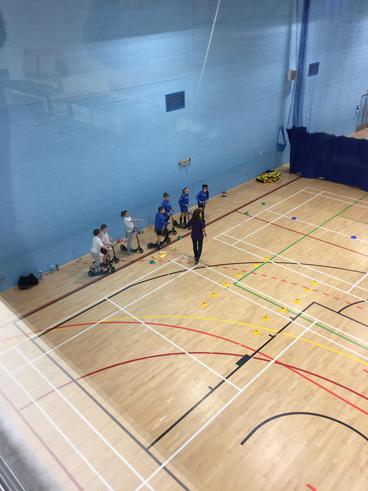 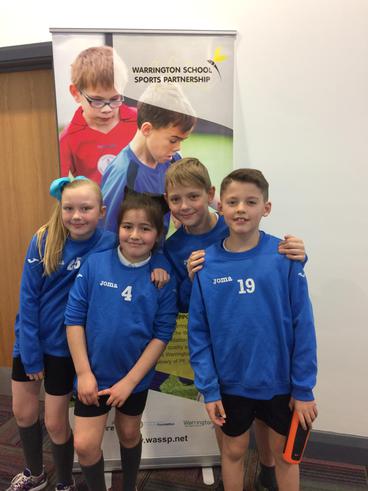 Today a group of 8 Year 5 and 6 students went to Macclesfield Leisure Centre to compete in a Level 3 Lacrosse Tournament. Unfortunately the team got knocked out in the group stages, but they still enjoyed themselves and have said they would definitely do it again! 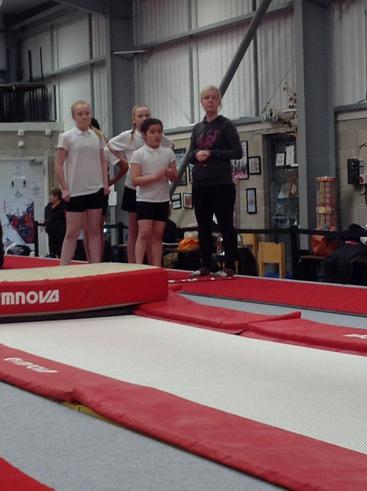 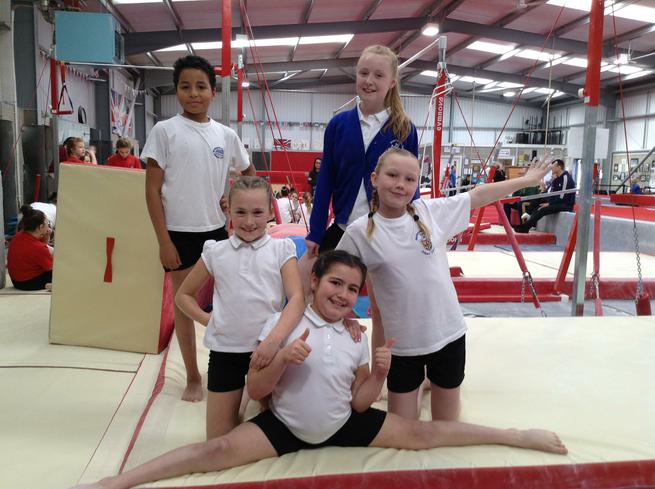 Preparing for the Vault (Year 5&6 Gymnastics)

Vaulting involves jumping from a springboard onto a block and then jumping off the block with a precise landing.

Today, a group of KS1 pupils traveled to Wire Gymnastics Club to compete in a Key Steps Gymnastics competition. The routines were well rehearsed and the team managed to win the bronze medal and finish in third place. One individual in our team won second place for being the second highest scorer in the team event.

Have a look at the pictures below to see what fun they've been having! 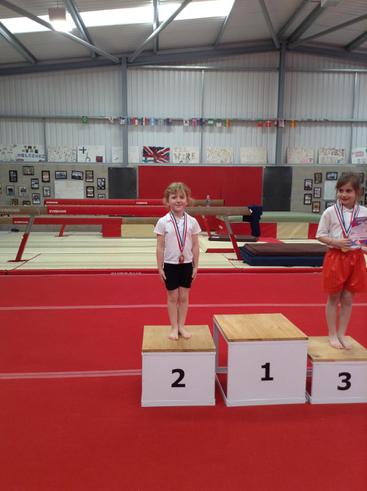 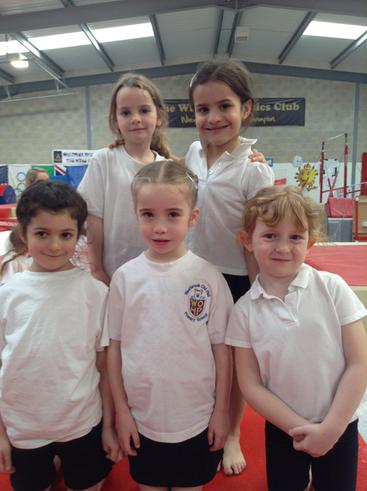 Today it was the turn of the Year 3 and 4 Gymnastics team to take part in the Key Steps Gymnastics tournament. The team started well performing their Floor routines. They then moved to Body Management and finally attempted the Vault. Overall the team did very well, securing third place and winning a bronze medal. 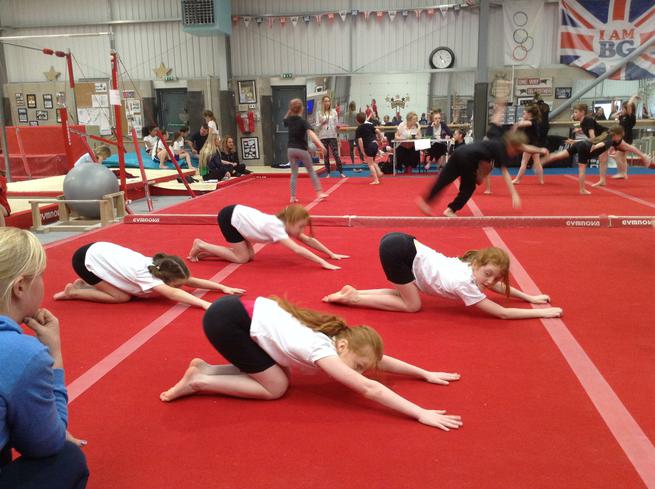 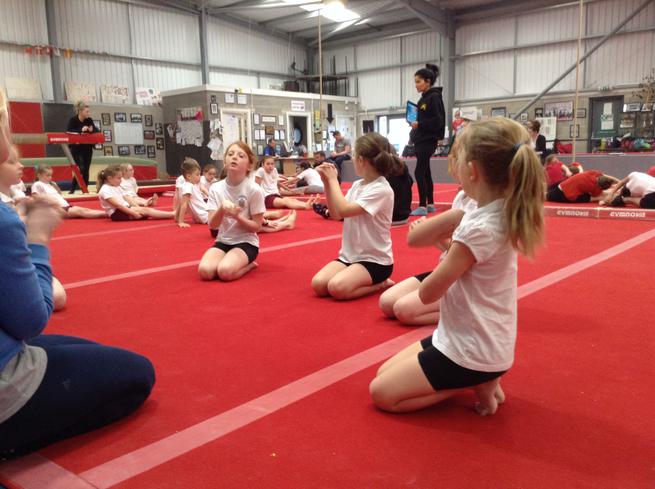