What does PE mean to you?

Have a look at what PE means to some of our staff and students...

Miss Riley - "Trying lots of new sports with my friends and competing against other people!"

Mrs James - "I thoroughly enjoy my lessons delivering PE, particularly dance, as it encourages the children to express themselves!"

Mrs Bex - "PE is fun, physical and challenging. It helps you stay fit for life!"

Play Buddies and Change 4 Life Champions - "We have a fun time in PE. Doing PE makes us happy and keeps us active!"

Mr McIntyre - "PE is about enjoying yourself, but learning something new at the same time. I enjoy PE because it helps me keep fit and lead a healthy lifestyle. To me, PE means challenging yourself to be better and being determined to succeed!"

Today three children travelled to Crewe to represent our school at the sub regional Boccia competition County Finals. The children played very well and all enjoyed the competition. They were delighted to beat a secondary school team in the final game. We have borrowed the sports partnership Boccia equipment so our team will be able to act as coaches in establishing a lunchtime league in school. 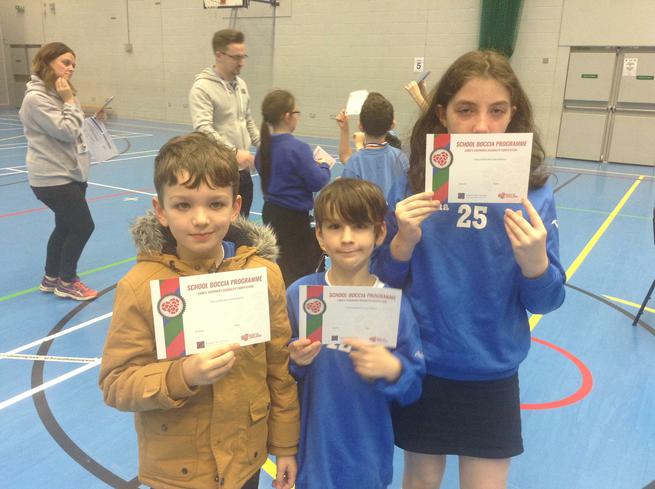 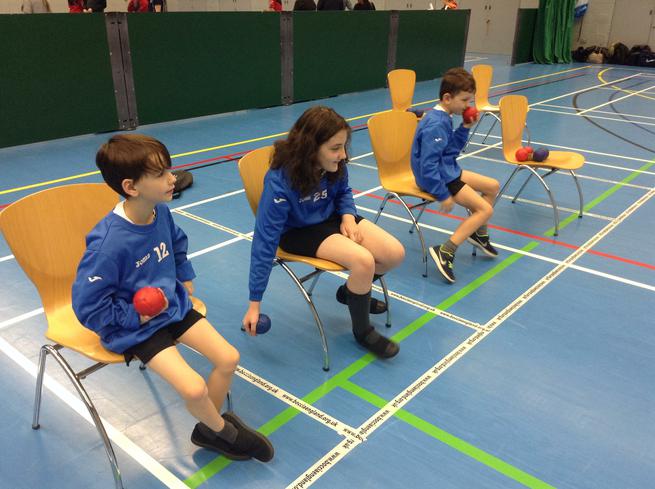 Today we entered two teams in the WaSSP Boccia tournament held at Orford hub. This was a level two school games event. Our teams did very well and thoroughly enjoyed participating. Team one played especially well and won the whole competition! They received the Joshua Morris memorial trophy which was presented by Joshua's Mum and will be competing at the county finals in December. 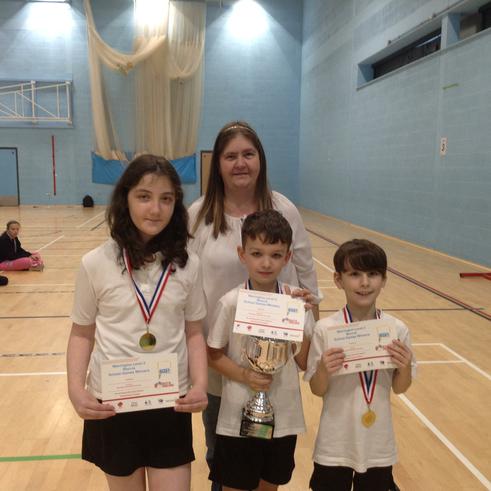 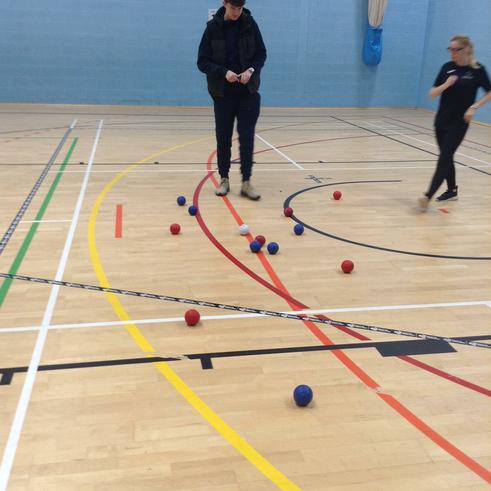 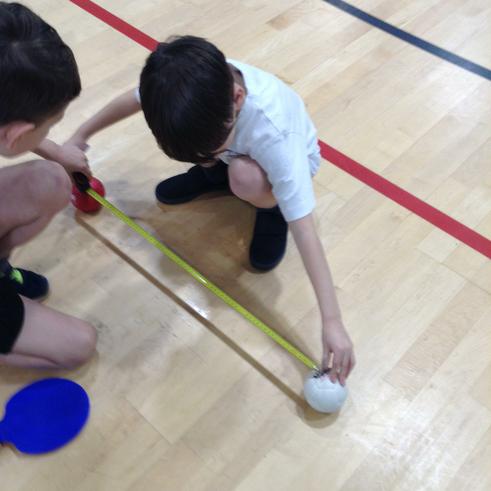 Our handball team played against Park Road Primary in the Great Sankey schools cluster tournament. We played very well as a team and won the event. Well done to all the children who took part. 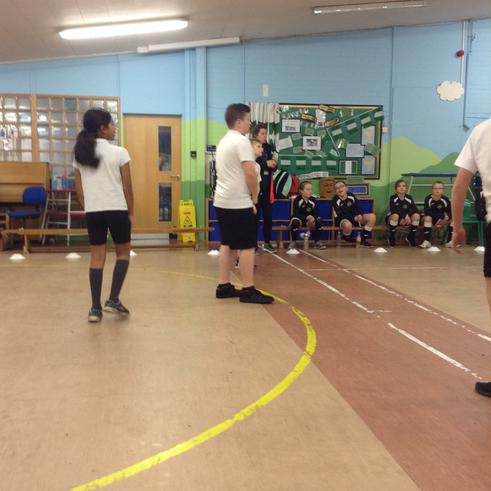 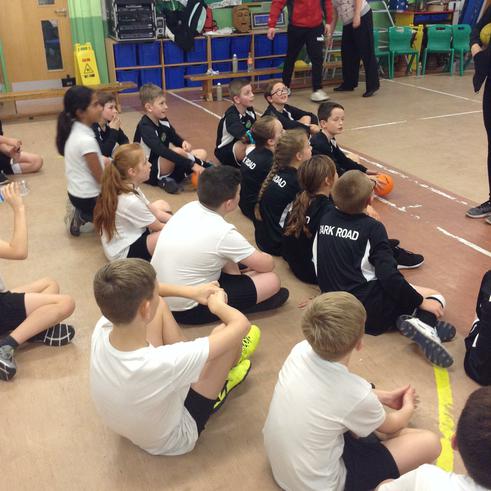 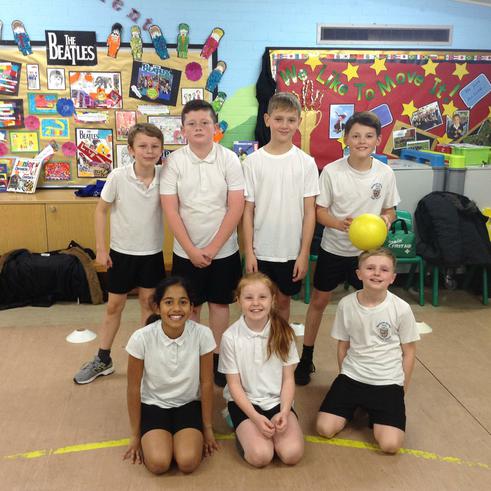 Two teams of year 5 & 6 students went to Penketh High School to take part in our local league basketball tournament. Our year 6 team did very well and managed to get through the tournament undefeated. What's more, they won the overall competition!

Well done to both teams! 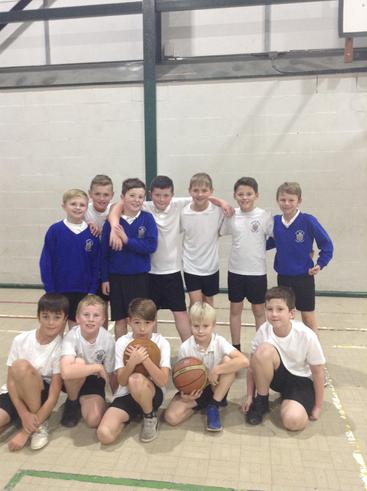 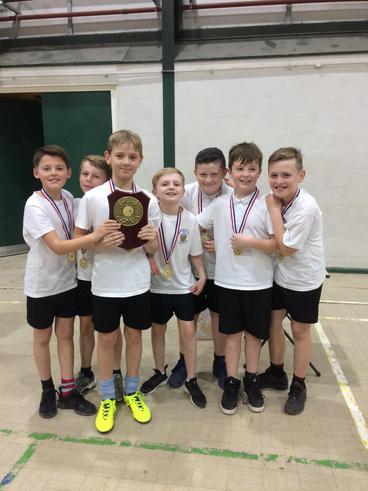 A small group of year 5 & 6 children have been given the opportunity to test out the new facilities at Swim! for six weeks. 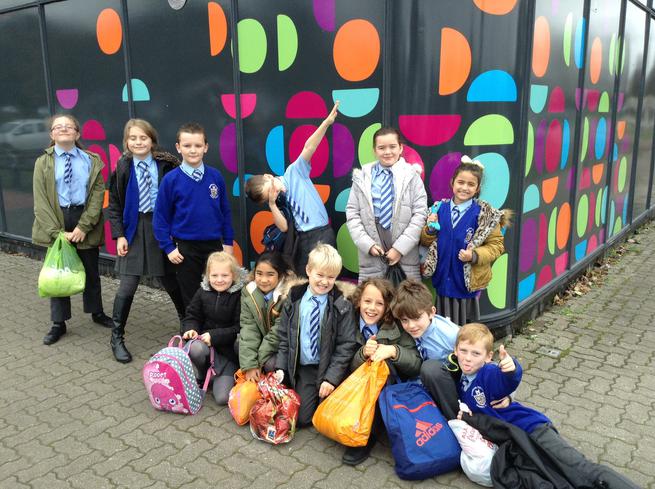 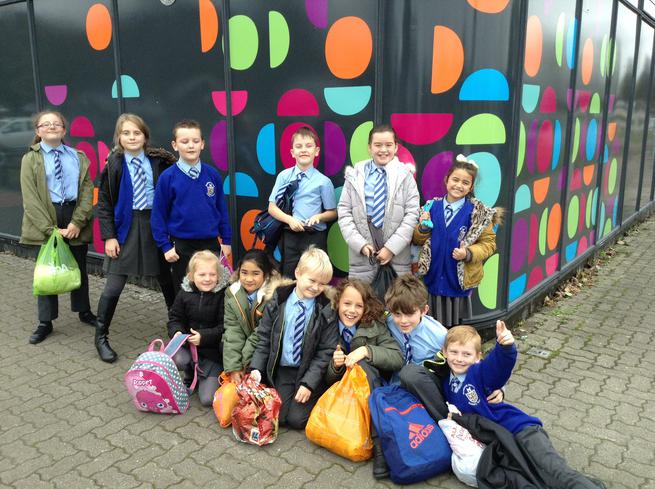 Two teams of Year 5 & 6 girls traveled to Priestley College to take part in the ESFA's U11s girls only football competition. The girls had a great time despite not progressing to the next round. Both teams managed to play each other too in a match that ended 0-0. 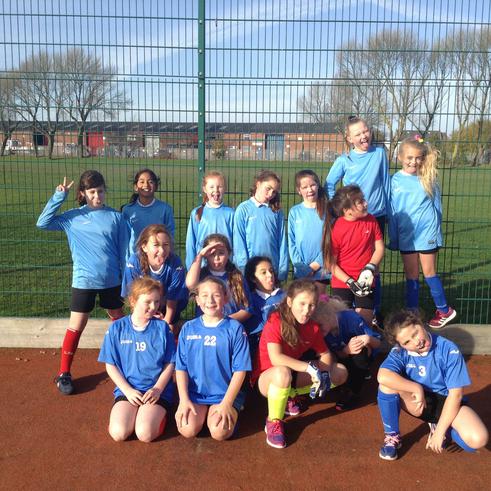 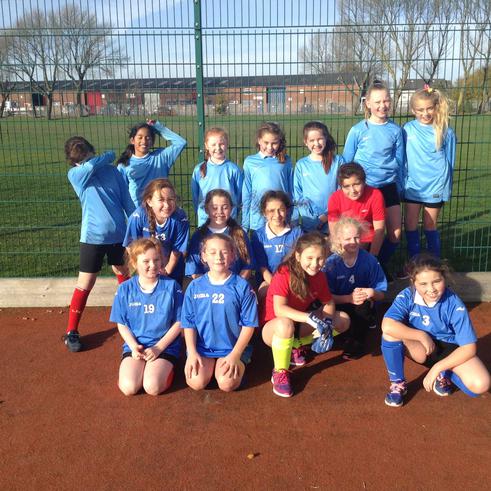 Two teams of year three students went to Orford Hub to take part in the Road to Goodison football competition. One team made it to the quarter finals but lost in a very close match. 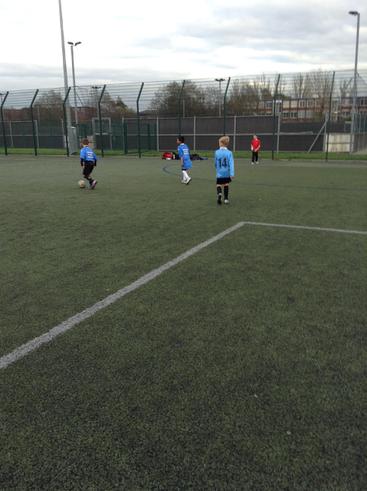 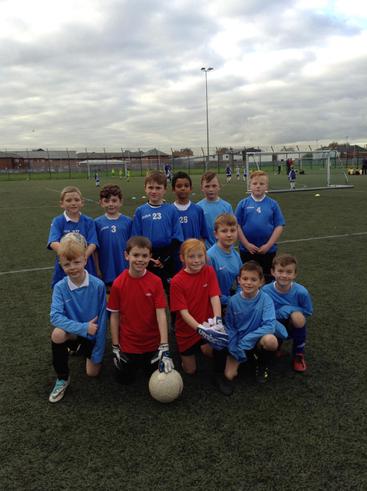 Today the school's Under 9s Girls Only football squad went to Orford Hub to take part in a small competition with two other teams from around Warrington. The girls won the competition and will now progress to the Level 3 county finals in January. 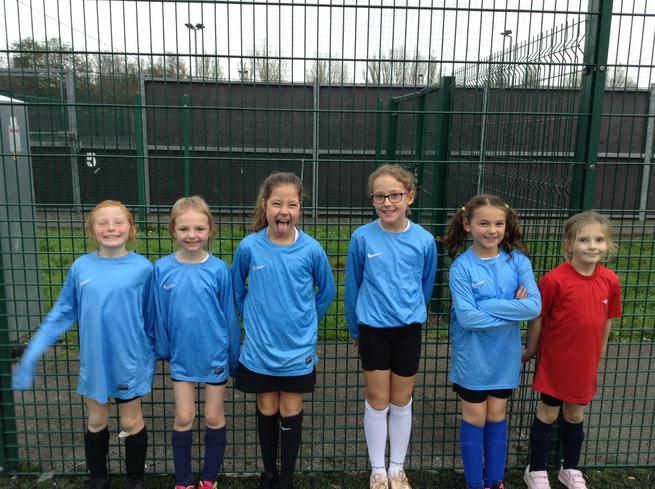 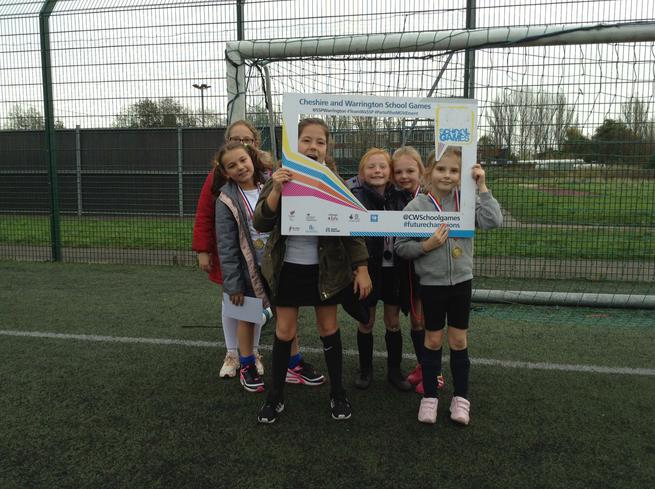 A group of children from KS1 & KS2 took part in the Primary Ability Day event at Orford Hub. The children played sports such as football, boccia, table cricket and archery. The day was really enjoyable and the children had a fantastic time.

Have a look at the pictures below... 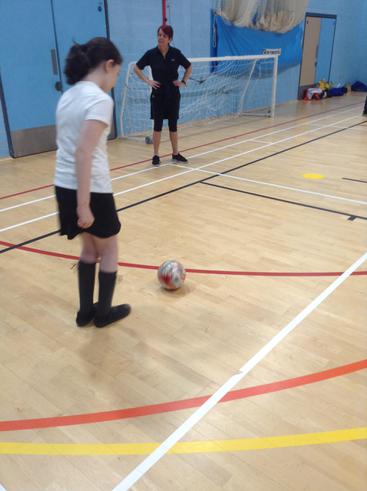 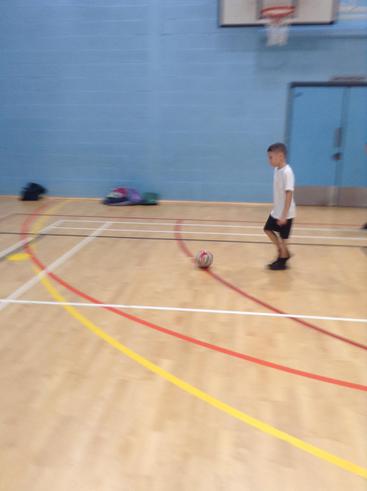 The school's Change4Life champions have been working hard to organise an intra-school basketball competition for Year 3 and Year 4. The competition will take place from the 30th October with every child in each class taking part.

Have a look below at our champions in action... 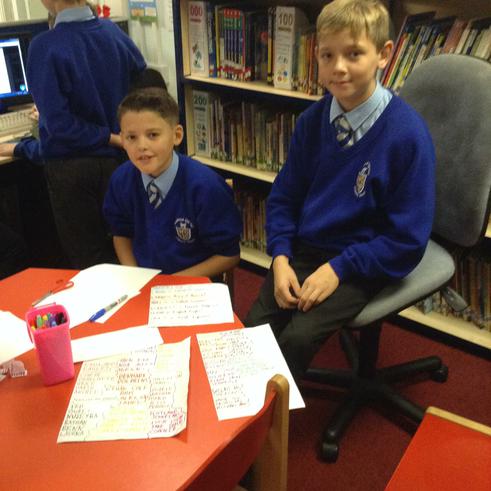 Unfortunately the girls didn't manage to win a medal, but had a great time representing their school in a sporting event. 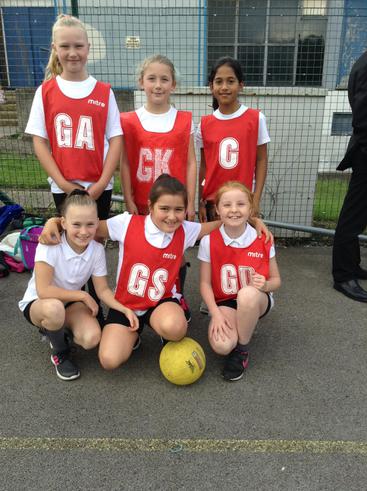 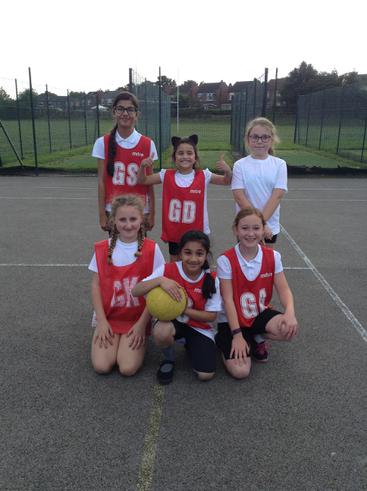